Experience the Land Change Over Time

View what the Liberty Hall grounds looked like when William Livingston first started planting trees, to during his late life, and to the present land layout. 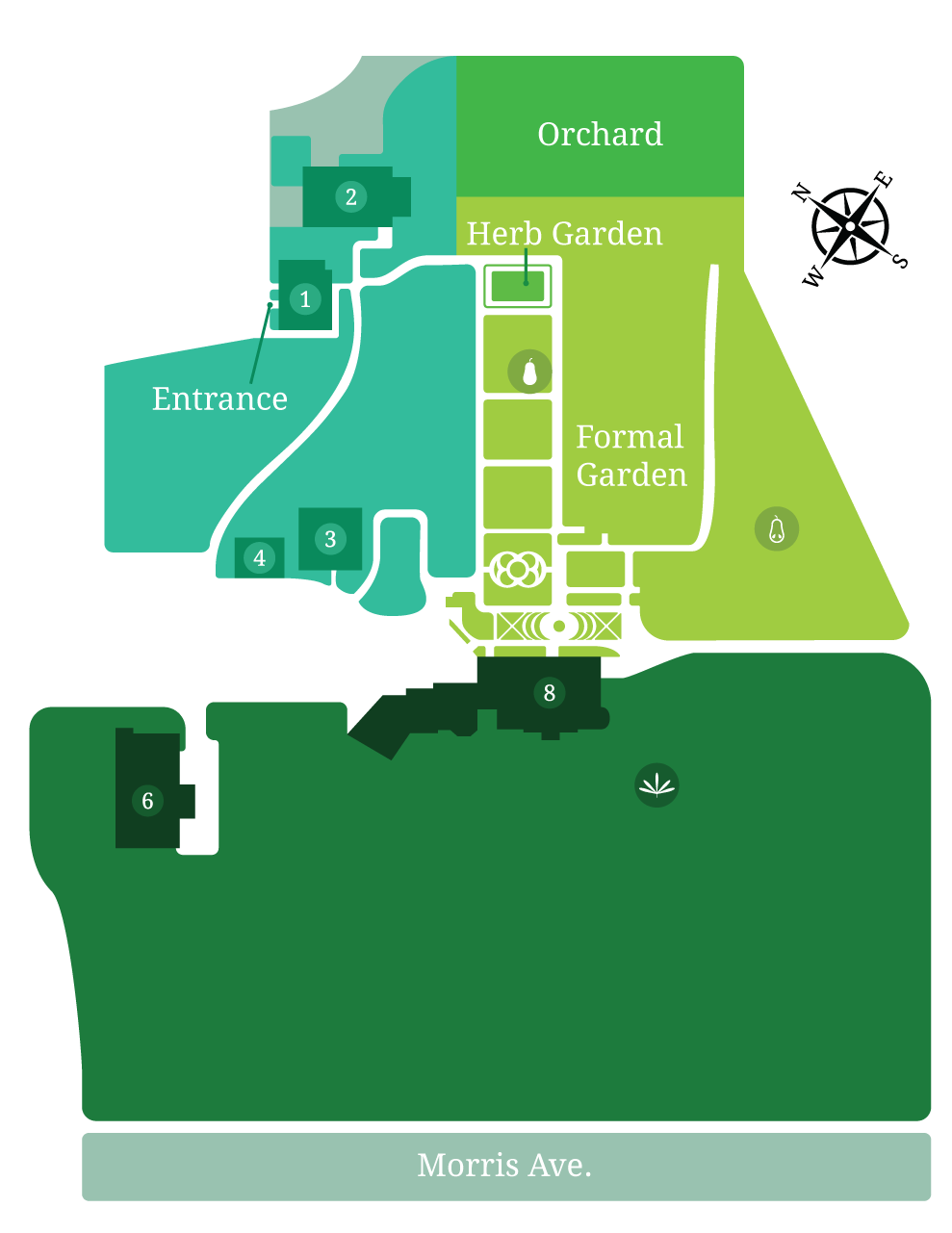 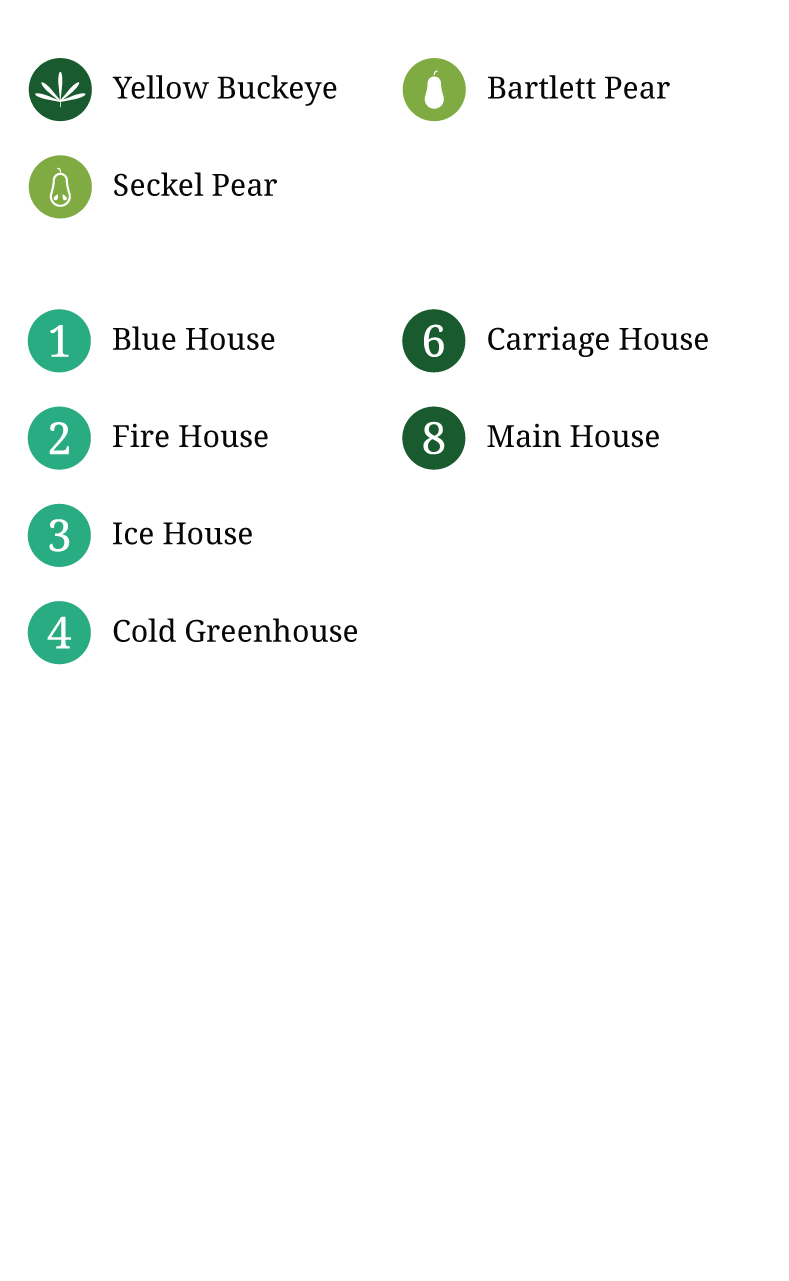 When William Livingston, New Jersey's first Governor, owned the Liberty Hall land it was used as a sanctuary for himself. In the early 1770's, when Livingston retired from law, he developed a large tract of land in what was then called Elizabeth Town, New Jersey. Situated on the banks of the Elizabeth River, which was located perpendicular from the main house on the other side of the orchard, he built a large home with extensive gardens, now Liberty Hall at Kean University, in Union, NJ. From the front of the house Livingston was able to see a direct path to the river, which was intentional so that he could always see what was coming towards his home.

Livingston created a garden modeled after France's formal gardens. Maintaining the symmetry and structure throughout the land as France's royal gardens did. He populated his garden with the finest fruit trees he could find, first importing them from an arborist from England in 1766. This is known through a letter sent by Lawrence Reed in England to Livingston on January 10, 1767 indicating that he had shipped the items to Livingston. Livingston liked the shipment so much that when he went on a trip to London he ordered 59 different pear trees and 27 different plums from Mr. James Gordon. 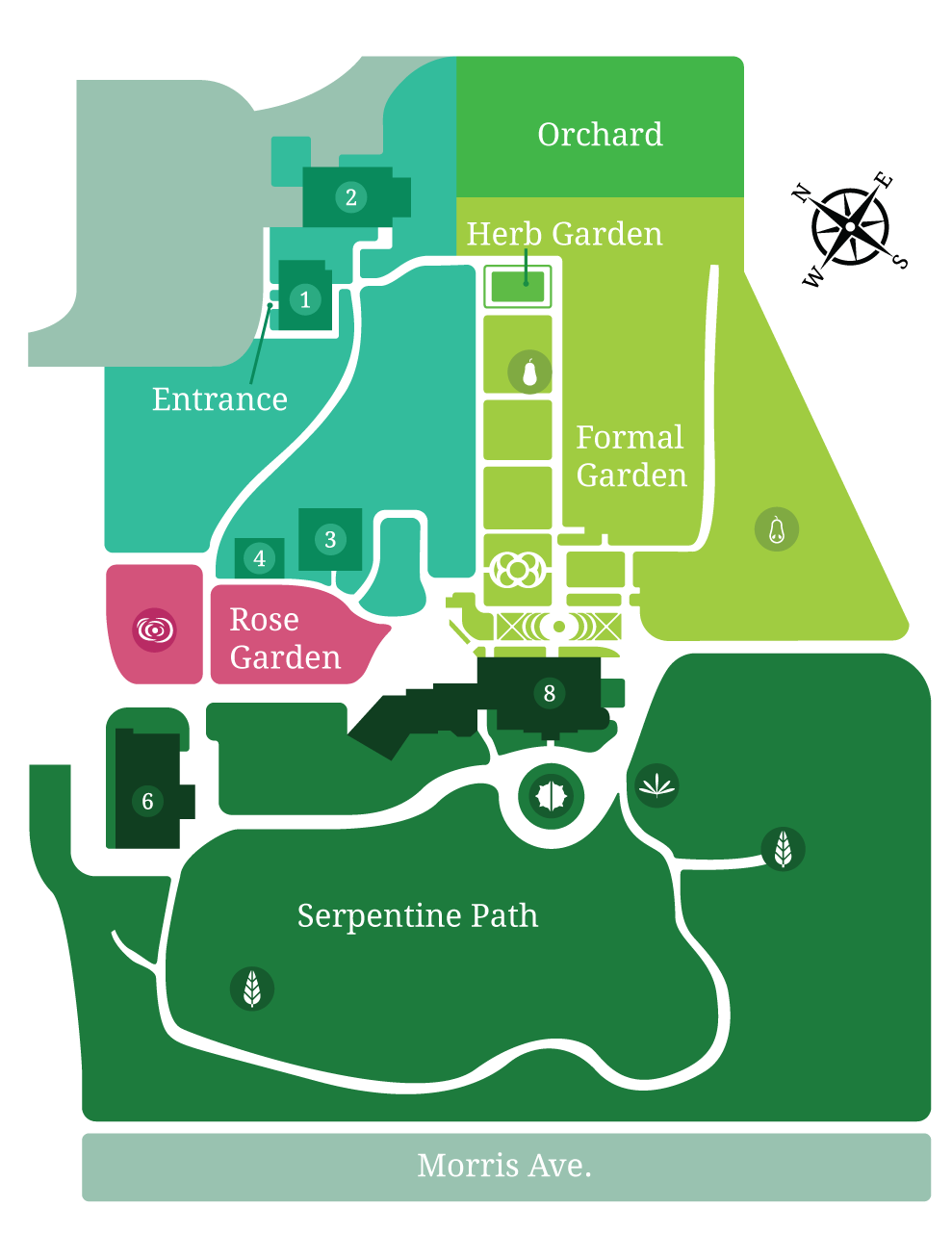 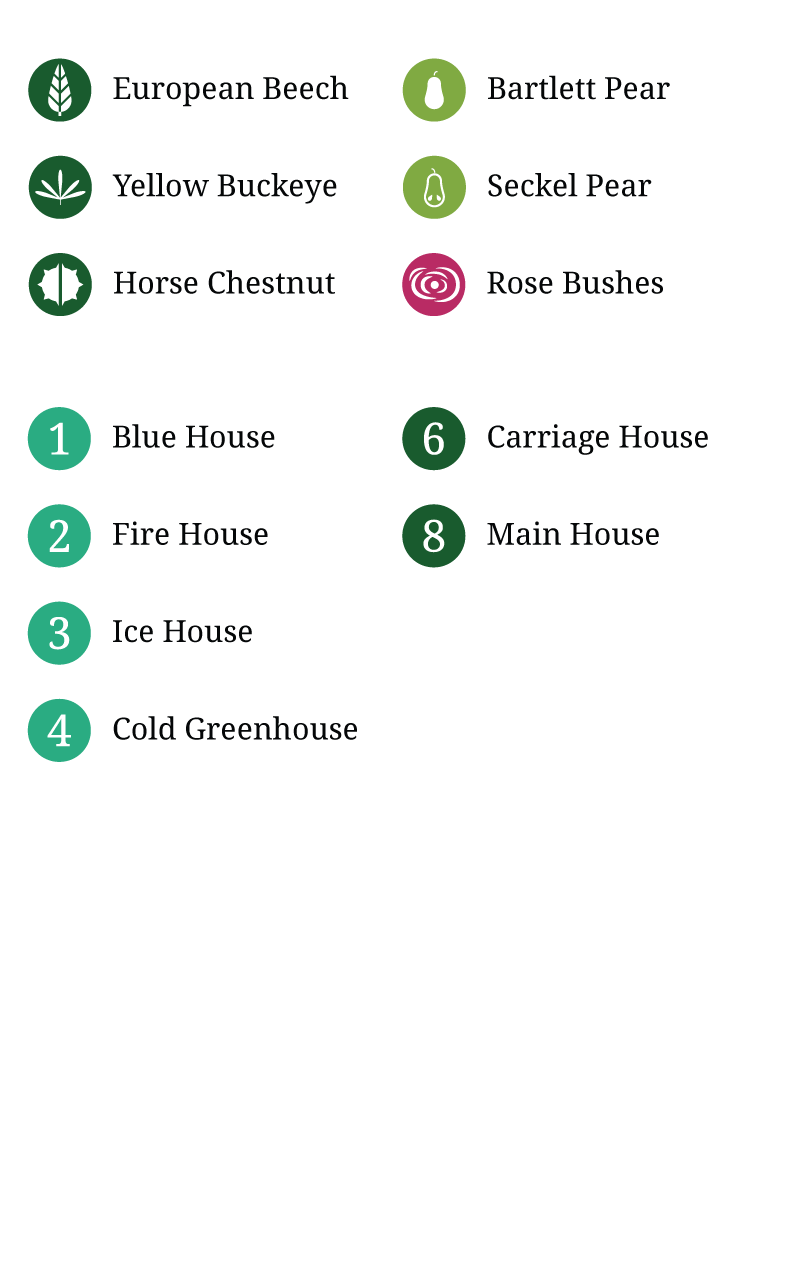 Once the front of Livingston's home was complete, he began working on his newly acquired land behind his home. As opposed to the French style in the front, the backyard was modeled after the English garden style. It was free flowing and contained a gravel path that curved itself around the land, called the Serpentine Path. This gravel path was meant for visitors who wanted to explore nature. People were able to spend their day reading outside and sitting by the trees.

When William Livingston ordered the pears and plums from James Gordon's Nursery in London he also wrote for Gordon to include two quarts of horse chestnuts at the bottom of the box. The Horse Chestnuts was a very popular tree planted in gardens when Livingston ordered them, having known the horse chestnut arrived in America in 1746 when Peter Collinson sent seeds of the tree to John Bartram. At least one of the horse chestnut seeds ordered by Livingston presumably survived the voyage across the Atlantic, germinated, and grew into the tree that, according to family lore, was planted by one of Livingston’s daughters, Sarah, outside the door of Liberty Hall. 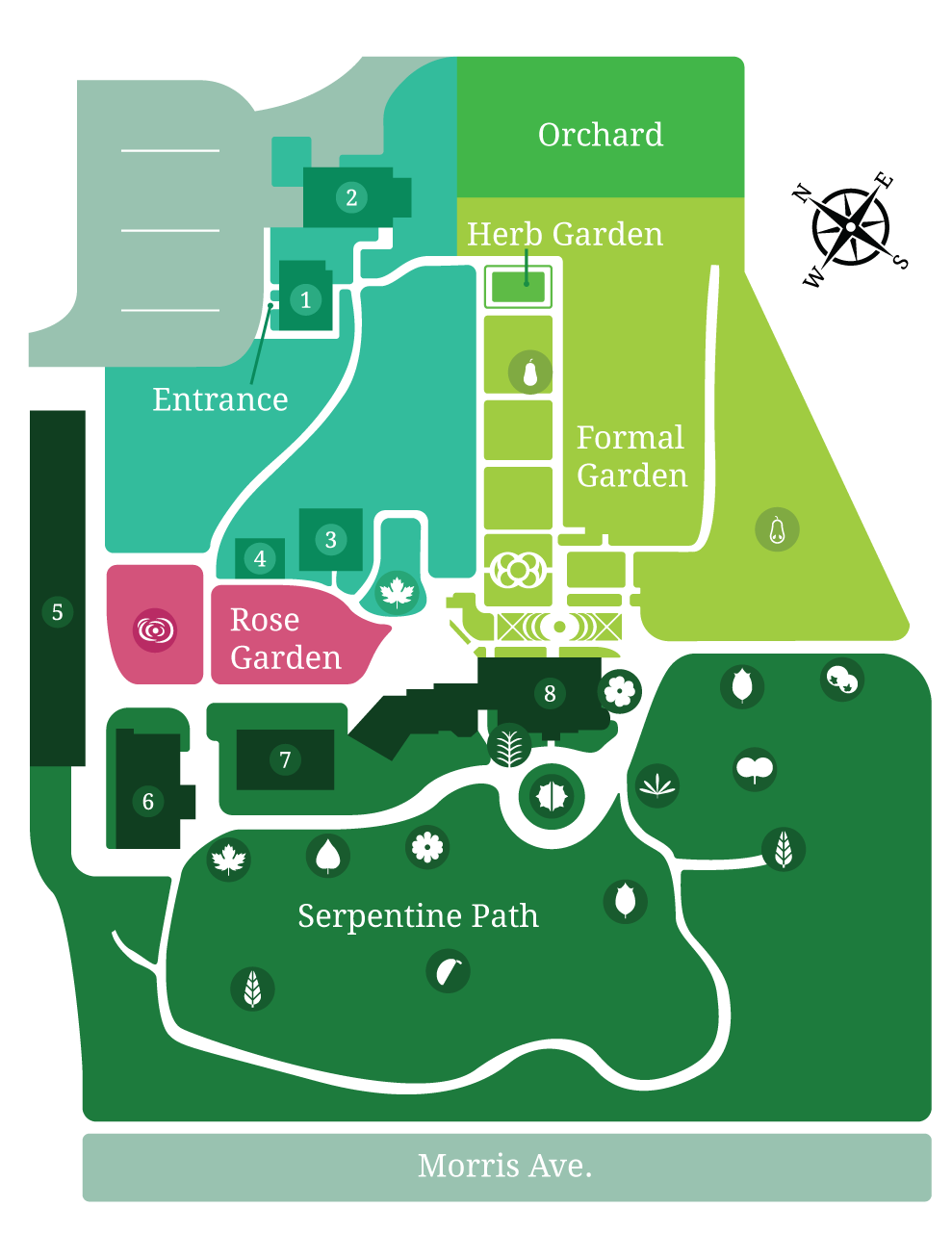 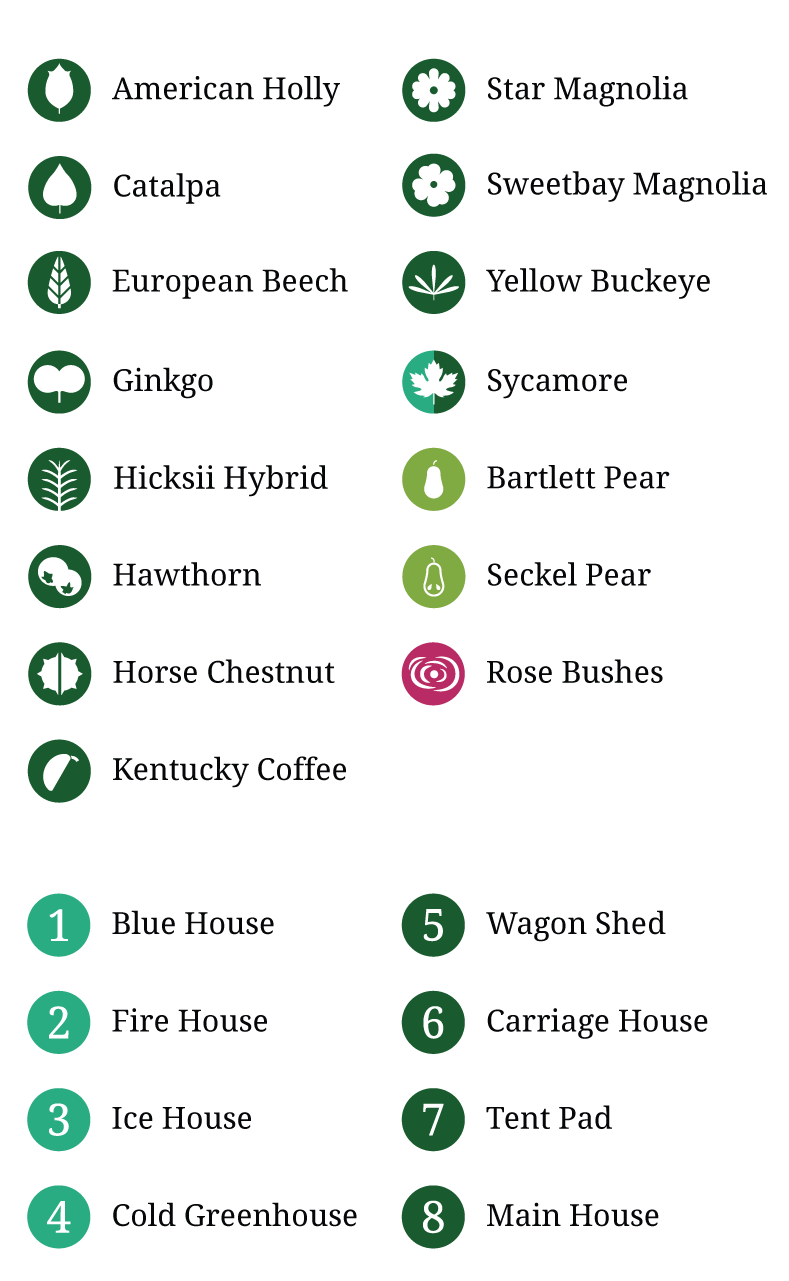 When William Livingston died in 1790 the land was kept in the family for a few years. In 1798 it was sold to its new owner Lord Bolingbroke, aka George Belaise, of England. Lord Bolingbroke made substantial changes and additions to the garden until 1806, when he sold the land to Thomas Eddy. Eddy kept the land for five years when he sold it to Peter Kean for his mother, Susan Livingston Kean Niemcewicz, who was the niece of William Livingston, since women were not allowed to own land.

Additions and Changes to the Land

Since Livingston's death in 1790, many additions have been added to the garden and overall landscape of the garden. The house's original positioning has changed, meaning the front of the house has become the back and the back of the house is now the front. To be clearer, the new back of the house now looks out into the orchard and the new front of the house looks at the Serpentine Path, facing Morris Avenue. In regards to the garden, each owner has added their own trees to the garden. What started out as a garden with less than ten different types of trees has evolved into a garden with over 60 different breeds of trees and a herb garden that holds a variety of herbs.